The Thieves' Guilds of Minaria The poor thief has been the subject of many debates and contentions since his incipient introduction in Supplement I: Greyhawk. The most common complaint falls upon the low starting ability of the thief class. It is true, with most special abilities starting at 10% to 15% chance of success, the thief can hardly feel "special," but is instead discouraged from risking his neck on his dubious skill set. In fact, these scores only improve to an even 50% somewhere around 7th level in most editions of Dungeons & Dragons, when the thief's fighter and magic-user compatriots are well on their way to obtaining the defining features of those classes. The other common grievance is that the thief class is either unnecessary or even inimical to a proper Dungeons & Dragons play experience. When the thief was introduced to Original Dungeons & Dragons, he largely co-opted and made exclusive certain adventuring abilities that all dungeon-delvers had previously shared. Common skills such as climbing, trap-finding and lock-picking were suddenly the sole prerogative of the doughty thief, who seemingly had no other function in the game than to encompass all of the competencies once enjoyed by the original adventurers. Instead of stealing treasure, thieves had stolen adventuring proficiency from the other characters. 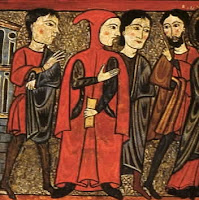 Feeling the acute loss of fundamental dungeoneering capabilities, some referees qualified these "new" thief skills with the superlative: as Robert Fisher suggests, perhaps all classes can move quietly, but only thieves can move utterly silently. Yet, this approach does not address basic skills like lock-picking or trap-finding—talents that adventurers previously benefited from but were now bereft of. It also did not confront the relatively low chances of success of novice thieves, which rendered their skills prohibitively futile. Other house rules diminished the great difficulty of these dice rolls by granting significant bonuses for easier challenges—a rusted lock or a crude trap door, perhaps. This latter method only solved the clumsy low-level thief by effectively ignoring the rulebook, creating a balanced skill progression where a thief always faced challenges relative to his skill and therefore had comparable chances of success regardless of level (perhaps the very antithesis of early Dungeons & Dragons). 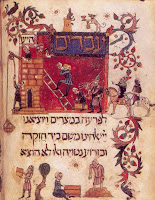 So what is to be done about these dual problems—the loss of common adventuring abilities from other characters and the relatively ineffective ability of the low-level thief? In Minaria, thieves are a vital part of the party, and any party that enters the dungeon without at least one or two in tow is in severe danger. Of course, any character has the same ability to explore the tricks and traps of the mythic underworld—I listen to their descriptions, look at their character sheet and then let them try their luck on a single polyhedral die (perhaps 3 in 8, or 5 in 12, or 2 in 6 and so on). I will even let the player pick her favorite lucky die and then adjudicate the odds for that die type. This approach demands that the referee give a clear description of the terrain and the player gives a clear description of her action, but this action is open to any and all characters (thieves included). However, if the players cannot figure out the trap by asking questions, or if they get a close guess but botch the roll, only the thief has a second layer of defense. Here, the thief's training and skill competency kicks in, and after failing the earlier attempt the thief can make a free, back-up saving roll on the Thieves' Abilities table. These bonus odds are on top of the regular effort, and are a second chance that can rescue the party regardless of whether they have figured out the trap. Played a different way, the party can skip the initial roleplaying and just have the thief roll the ability check. If this is successful, the trap is automatically described and bypassed and the adventure continues without pause. If this fails, the party must take a closer look at the trap and roleplay their attempt to manually disarm it.

At later levels, when thief skills become very high, it is likely the party will increasingly rely on the latter method—making initial recourse to the thief skill to see if the roleplay element can be dispensed with and more exciting parts of the dungeon can be accessed more quickly. At earlier levels, however, the party will enjoy the grittiness of dealing with traps and tricks more directly. Still, all characters should have a chance to open locks, remove traps, pick pockets, move silently, climb sheer surfaces and hide in shadows, at least when they describe a reasonable strategy and have character scores to support it. When the dice turn against such dungeon-delvers, however, thieves have a second chance to catch their fall. Sometimes, the narrated attempt will be unreasonable, and the referee will simply have to say No. Even when such practical constraints limit normal classes, though, thieves should still get their chance to snatch victory from defeat. By allowing thief skills to operate like an extra safety net for dashing heroics, thief characters are encouraged, not discouraged, from using their abilities.
Posted by E at 9:36 PM